God gave us a memory so that we might have roses in December. 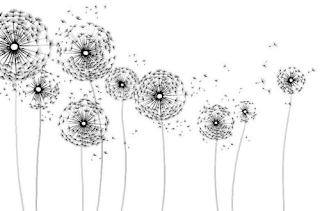 1) Financial independence
A. A better job for Wesley with full benefits
B. Auto insurance
C. Affordable housing
D. Money in savings/ability to begin paying all bills, not just some
E. Enough money to see people I love more than once a year

2) A precious, adorable, wonderful, God's first and secondly all-mine baby, through
adoption or the miracle of pregnancy :)

3) To stop with this insecurity foolishness that I have already conquered through Christ!

January to August has been my December at times. In some ways, the things happening are beautiful bouquets of roses. At other times, I'm constantly looking back to the flowers that bloomed at a different point in my life. And looking forward to future blooms. It's finding the contentment, no matter the environment.

And I honestly struggle with that.

At the rate we have been going, Wesley and I won't have my wishing list for several years. In other words, something needs to change. Something's gotta give. I have tried so hard to wait patiently. To wait and see God reveal His plan, centimeter by centimeter. But so far, I can't see anything that's only one step in front of me. I want to move forward, but circumstance has me glued to the surface of this current season. Something as stupid as money has me at a frozen state of stand-still.

Why does money make the world go 'round, or fight to determine whether I'm lost or found?
It drives me crazy.

I'm so ready for some forward motion.

This poor man called, and the LORD heard him; he saved him out of all his troubles. The angel of the LORD encamps around those who fear him, and he delivers them. Taste and see that the LORD is good; blessed is the man who takes refuge in him. Fear the LORD, you his saints, for those who fear him lack nothing. The lions may grow weak and hungry, but those who seek the LORD lack no good thing. -Psalms 34:6-10
Posted by Ashley at 9:59 PM 1 comment: My husband and I left our jobs and home to travel to Southeast Asia in September 2010. We primarily lived in Chiang Mai, Thailand. After spending four months serving the Lord with Revolutionary Life International Ministries, we returned to the United States in January 2011. This is my journey through adjustments, frustrations, and beauty found in my new home.